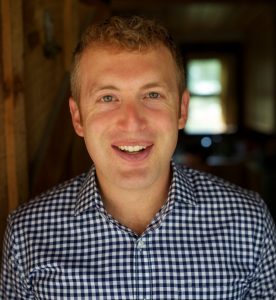 Jordan Goldwarg joined OneWorld Now as Executive Director in 2020. In many ways, his  life story has been a microcosm of the OWN story. Born in Montreal, he grew up in a rich, bilingual culture, switching back and forth between English and French on a daily basis. Seeing language as a key to understanding foreign cultures — and also knowing it can be a tool for welcoming immigrants to our own country — he studied Spanish intensively in college after moving to the US and subsequently spent a summer working for an LGBTQ rights organization in Lima, Peru. He has also studied and worked abroad in South Africa, New Zealand, and the United Kingdom.

Much of his professional career has been spent helping youth unlock the leadership potential that they innately possess. A former high school history teacher, he was most recently the Seattle Chapter Director of Kids4Peace International, a non-profit organization that brings together Muslim, Jewish, and Christian youth from the United States and Israel/Palestine for leadership development, civic engagement, and social change projects.

Outside of OWN, Jordan volunteers with a number of organizations, including the Washington Immigrant Solidarity Network, Common Purpose (a nonprofit that connects Seattle-based volunteers to on-the-ground civic volunteer opportunities–like voter registration and candidate canvassing–in states around the country), and Out in Front (an LGBTQ leadership development organization). He also serves on the City of Seattle’s Domestic Workers Standards Board. Jordan and his husband also enjoy taking advantage of the amazing outdoor opportunities around Seattle, especially skiing (cross-country and downhill), running, cycling, and hiking.